Announcement related to the measures in response to the COVID-19

1,100 representatives of 188 cities and 34 countries have participated in the 13th International Congress of Educating Cities "An Educating City is an Inclusive City" held in Barcelona.

Through lectures, presentations of experiences, Mayors’ and experts’ roundtables, and study tours, the Congress has dealt with the role of education, in the broadest sense of the term, as an essential instrument for social inclusion, fostering personal and collective development and the improvement of social coexistence and solidarity. Indeed, we celebrated the 20th anniversary of the IAEC.

The Mayor of Barcelona, Mr. Xavier Trias, and the Catalan Minister for Education, Ms. Irene Rigau, presided the opening of the 13th Congress of Educating Cities. The General Secretary of Latin American Council of Social Sciences (acronym in Spanish CLACSO), Mr. Pablo Gentili, presented the first plenary session. Furthermore, there was a meeting of the General Assembly of the Association, the presentation of the Monograph City, Social Inclusion and Education, a roundtable of reflection on the past and future of the movement of Educating Cities –on the occasion of the 20th anniversary of the Association- and 2 sessions of presentation of experiences in workshop.

The second day of the Congress set up with a dialogue on creativity and inclusion followed by presentations of best practices in workshop and on the speakers’ corners as well as a Mayors’ roundtable in which participated the Mayors of Barcelona, Geneva, Jecheon, Rivas Vaciamadrid and Rosario. In the afternoon, there were meetings of the various IAEC territorial networks as well as study visits to social inclusion best practices of the city of Barcelona.

During the third day of the Congress, there was a plenary session of presentation of social inclusion best practices as well as a dialogue on participation and inclusion and presentations of experiences in workshops and speakers’ corner.

In the closing ceremony, the Final Declaration of the 13th Congress was announced. The Declaration brings together an amount of committments of the Educating Cities assume as well as a call to diverse international and country bodies in favour of social inclusion.

Furthermore, the Mayor of Barcelona passed the baton to Rosario’s Mayor, Ms. Mónica Fein, being Rosario the venue of the 14th IAEC Congress to be done in 2016.

You can find supplementary information on thematic issues and the speakers of the Congress at iaec2014.bcn.cat/en 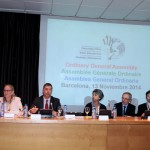 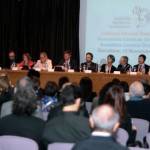 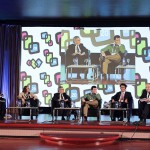 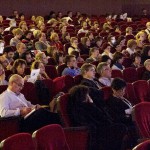 Announcement related to the measures in response to the COVID-19 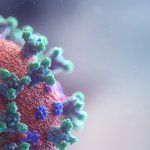