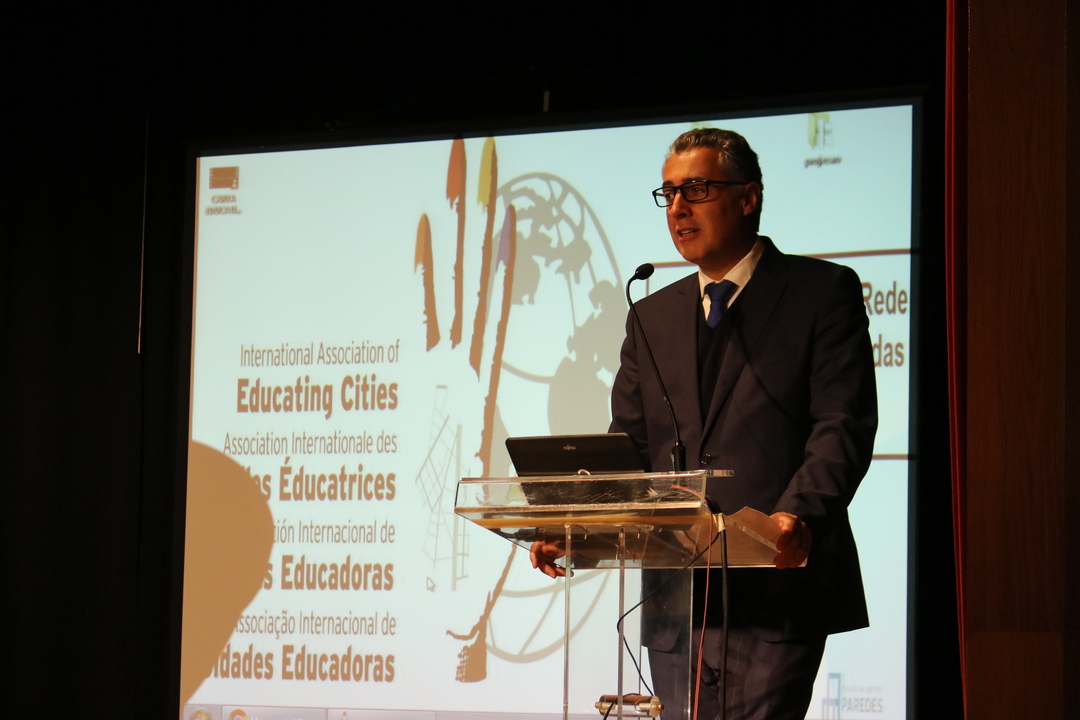 Interview with the Mayor of Paredes, Mr Celso Ferreira

Interviewed by the Association, the Mayor explains how educational performance has improved a lot during the last decade.

In 2006, the City Council of Paredes decided to take action in the area of education. Why?

When we decided to launch the Paredes Education Charter, education was in poor shape in the city. In 2006 we ranked ninth from the bottom in the country in terms of educational performance, and today we are amongst the top. We had a school drop-out rate of 43%, which is now practically zero. In the last year all our schools scored, for the first time, above the country’s average in national exams.

How was it possible that of all the political forces reached agreement in respect of education issues? 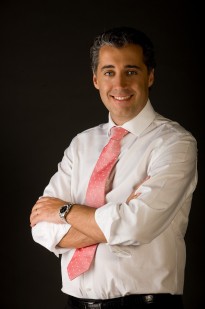 We had a broad debate in the entire city, which culminated in the largest meeting of the Municipal Assembly of Paredes in its history. By nature, people are resistant to change, however this was a clear and very democratic process and practically all the residents finally accepted the advantages of the project. Measures were adopted that completely broke with the past. It was a decision reached amongst practically all the parties represented in the Paredes Municipal Assembly.

The entire Paredes school system was rethought and the paradigm of schooling was changed. Modern, well-prepared and equipped schools, with gyms, libraries and lunchrooms were motivating factors. Afterwards the increase in the number of students per school  provided critical mass, and has been a factor of competitivity, contributing  also to the enhancement of efficiency.

What uses were given to the old school buildings?

Paredes is one of the most dynamic cities in Portugal regarding the association movement. The 64 schools that were closed as a result of the implementation of the Education Charter became a source of opportunities for many cultural and recreational associations and for Social Solidarity Institutions. Some became elderly day centres, others became cultural centres, elderly residences, a barracks for the National Republican Guard… Thus, the Education Charter also contributed to making improvements in the association sector.

In 2007, the City Council of Paredes signed a collaboration agreement with the Business Association for Social Inclusion (EPIS, original initials) in order to fight against school  drop-out and failure at school. What have been the results of this joint work?

We tried to involve the entire community, by also calling on families and companies to get involved. Paredes was the first city in the country to join an initiative of the Presidency of the Republic in school drop-out and failure, establishing collaboration with the EPIS to implement family programs, through which a network of mediators works in training families, achieving, as mentioned before, remarkable results in the fight against school drop-out and failure. The objective was to help families better understand their children, as well as the challenges that the schools issue.

Paredes has a great tradition in the wooden furniture industry, generating 60% of domestic furniture production. What programs have been carried out to encourage the continuation of this tradition amongst young people?

Paredes is a centre of excellence for furniture production, with factories equipped with the most innovative and modern technological advances. There was, however, something missing in the value scale: design. In order to help  overcome this lack, the City Council of Paredes launched the project Art on Chairs, which opted for design in order to add value to the furniture made in Paredes.

The initiative has been a success and has received the RegioStars prize of the European Commission for the best European project of 2014. Work is being done along the line of increasing brand recognition of furniture manufactured in Paredes, with our sites naturally set on export, but also on the city. The project ensures that all the community is involved, and, in particular, young people, in order to reinforce the awareness of the importance for the local economy of a sector that directly or indirectly employs around 50% of the city’s population. This is a project that is still ongoing, but the results so far achieved have exceeded our expectations.

Paredes has a business network that is sensitive to social issues. Can you give us another example of the collaboration agreements between companies and the City Council?

In addition to the EPIS Association that helps in the struggle against school drop-out, making important contributions to the positive results achieved through the education reform, there has been major involvement of companies in Paredes in terms of corporate social responsibility. Of special note, for example, is the project “A Factory for Timor”, an initiative of diplomatic solidarity launched by the City Council of Paredes that sprung from an invitation to furniture factories in the city to donate machinery in good condition for the creation of the first furniture factory in East Timor. We want to replicate this project in Mozambique and we are in negotiations with Guinea-Bissau as well.  Companies in Paredes are deeply involved in the  development of the communities where their businesses are located, which is their way of strengthening their commitment to their workers.

Recently, the University of Oporto has expanded its campus to Paredes, in order to train engineers specialising in wood-related issues. How do you think this will affect the city?

Paredes’s economy, as I have said, is mostly oriented towards the furniture industry. We are aware of this reality, and the city council strove to create a graduate course in 2013 to respond to the requests of the sector and establish a degree in Wood Technologies, in collaboration with the Polytechnic Institute of Porto.

This course is aimed at the creation of graduate technicians for the wood industry, which has been lacking with this type of qualifications, and which ensures full employment of the graduates. The first graduates from this three-year program entered the labour market and they all have jobs in companies in this sector in the city of Paredes, which shows how right the decision was, and has built a paradigmatic example of the need for the university and civil society to work together.

Paredes is a large municipality with low population density that combines the urban and the rural. How do you work on the issue of mobility and how do you foster a sense of belonging?

Portugal is a country that whose people have a strong feeling of belonging to their neighbourhood and region. In a city like Paredes, with different major urban nuclei, it is normal that there are some rivalries, but none that affect city unity. As for mobility, the city, which is more and more urban, has excellent road and rail connections and its recent joining of the Greater Metropolitan Area of Porto has helped remedy deficiencies in public transport. This is still a work in progress that is being gradually implemented.

The City Council of Paredes has decided to be a paperless, open administration, and many bureaucratic processes and procedures can be done on-line. What benefits does this bring?

The modernisation of the administration of the City Council of Paredes is synonymous with innovation, transparency and efficiency, as well as saving time and money. It was awarded the Gold Medal of the Agency for Modernization of the Administration and named by the central Government as a benchmark to be followed by other cities. In other words, Paredes is in the vanguard of innovation: all paperwork can be done using an application that makes life easier for the citizens, services professionals and companies .

Cities learn, collaborate and are inspired by each other. Does Paredes share projects with other cities?

In the area of international relations, the City Council of Paredes is carrying out various projects with different foreign cities, one in France, one in Mozambique, and another in São Tomé and Príncipe and another in East Timor. We collaborate in areas as different as culture, industry, administrative modernisation and city development. Cooperating is important because we all grow by learning from the work of other cities.