The programme involves a series of learning sessions that are mentored by lawmakers, akin to a style of specialised tutoring. Participants take centre stage in a social innovation process that consists of four stages: immersion in the context; definition of the issue; ideation; and prototyping and testing of the proposals made. This bottomup
co-creation process is actively fostered by the community itself and contributes to the implementation of the 2030 Agenda.

The initiative is based on the open government concept, appealing to the role that citizens play in the workings of the democratic system and calling for greater participation in public decision-making to lay down the foundations of a democratic participatory ecosystem. The educational aspect of the initiative lies in the sociocultural and constructivist theory of learning and the principles of popular education, which recaptures the community’s knowledge and its context in order to generate situations of
collective knowledge construction.

Its origin dates back to 2010 with an experience in the Argentine Senate and various experiences in provinces between 2012 and 2015. What’s more, local experiences have been undergoing consolidation in various cities, including Godoy Cruz, since 2015.

Since its launch, the programme has introduced a total of fortythree legislative projects prompted by citizens on issues such as the rights of people with disabilities, the fight against school violence, the creation of student centres, the promotion of outreach initiatives, the recycling of unused tyres, the development of early stimulation programmes
for young children, the fight against food waste, and the elimination of single-use plastics, among many others. 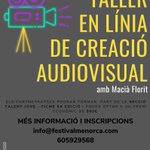 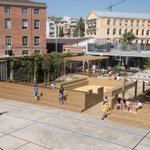 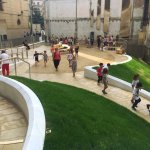