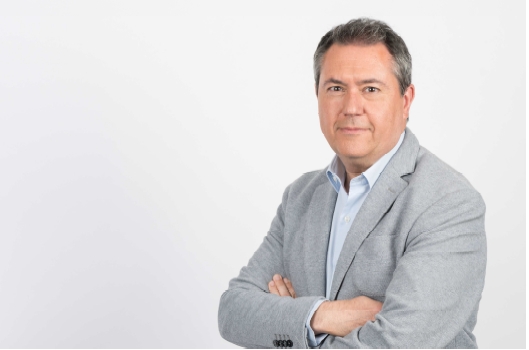 Check out the interview with the Mayor of Seville posted in the IAEC Bulletin 27!

Which features of your city would you like to highlight for us?

Seville is a modern city with deep historical roots, having played a very important role through the centuries in world milestones, such as the first circumnavigation of the globe by Magallanes and Elcano, the five-hundredth anniversary of which will be commemorated here in 2019. Its heritage sites and culture have made Seville a benchmark for being internationally popular with tourists, a splendid calling card to the world that we must take advantage of in order to attract investment and, as our goal, make 21st century Seville innovative, smart, sustainable, habitable, social, inclusive, intelligent, and tailored to this role.

Is education a priority of your municipal programme? If so, why?

Without a doubt. Education is not only an excellent path to changing the world; it is also the only path for achieving such change. In 1990, during the 1st International Congress of Educating Cities in Barcelona, the City Council of Seville was a signatory to the Charter of Educating Cities and it has henceforth subscribed to its principles.

Included amongst the principles set down in the Charter of Educating Cities is principle number 5, which states: “Municipalities shall effectively exercise the powers they hold in the area of education”.

This principle is the driving force of the City Council of Seville, which, under the banner “Seville, Educating City”, fosters and encourages coordination amongst the different areas and entities of the municipality. The Education Action Plan of the City Council of Seville is the result of this. This Plan, unique in its presentation, laying down common targets and objectives to be achieved by the Municipal Corporation, contributes to improving the quality of Municipal Education, and is one more instance of the success of the concept of the Educating City shared by all.

It provides a broad municipal education policy that is both transversal and innovative, including within it all forms of formal, non-formal and informal education.

Seville coordinates the Spanish Network of Educating Cities. With close to 200 municipalities, it is the largest network in the IAEC. What does coordinating this network mean for your city?

During this term as coordinator of the Spanish Network of Educating Cities five thematic networks have been set up. These five thematic networks, whose working groups are made up of representatives of the city councils of different cities in the SNEC, share a common interest in specific issues in municipal management; and they wish to exchange experiences in this regard in the areas of formal, non-formal and informal education. Their goal is to delve deeper into the study of the same and reach practical conclusions that can maximize their concrete tasks in order to offer up their experiences to other cities in the Spanish network at its 14th Spanish Conference of Educating Cities.

In the first quarter of 2019 the city of Seville will host a meeting of Andalusian cities in order to bolster and bring the Charter of Educating Cities to Andalusian municipalities and foster a space for reflecting on and exchanging educating experiences focusing on a specific chosen theme, where educating experiences will be presented, making it possible to reflect upon about and advance in the Educating Cities discourse.

The work of the cities in the network can contribute to achieving local and global objectives. Compliance with the 17 Sustainable Development Targets (SDTs) is everyone’s responsibility. Would you like to take advantage of this platform today to suggest a joint action to the almost 500 cities that make up the IAEC?

I am a fervent believer in networking and I think that global problems must be tackled by local solutions.  All the public and institutional commitments borne by the City Council of Seville are moving in this direction: the SDTs, the Mayors’ Pact, the Seville Declaration for a Circular Economy, and, of course, our public tendering terms based on environmentally and socially sustainable criteria, etc.  In fact, last year we set up a Forum of Local Governments at which to meet to analyse common problems and also pose common solutions.

In education strictly speaking, the problem of truancy and early school leaving must be a priority for all cities. Both issues arose in a Thematic Network in an earlier phase.

But also of interest has been our dealing with new realities both inside and outside our schools, such as bullying, cyber-bullying, and how to work on the basis of successful experiences at school, which have made our schools rank among the best.

To do this we emphasize again the importance of city councils having the powers that safeguard their work in the area of school-city interaction. In order to have inclusive cities and put an end to inequality, education is a tool of transcendent value.

Could you explain to our readers a best practice showing how Seville educates its citizens so as to foster a paradigm shift and a more sustainable lifestyle?

A good example would be our Family School programme, the experience of which will be featured at the 15th International Congress of Educating cities in Cascais (Portugal).

The experience takes place in our city, with a population of approximately 700,000 inhabitants and divided into 11 municipal districts.

Since its beginning in 1999 until today the programme has worked with 336 schools, reaching a population of around 10,000 participants.

These family schools are free of charge, and cover all the districts of Seville, impacting the Zones in Need of Social Transformation, and cover all stages of education.

When dealing with the not-so-easy task of educating our children, on most occasions we are not, or we do not feel, up to the task, given that educating a child not only comprises meeting their basic needs, but also involves guiding the development of all their faculties. Seville families were asking us for a participatory space where they could deal with and think about issues related to the education of their children, aware as they were of the challenges faced by today’s society, which is constantly changing.

Only by properly educating the new generations of Sevillians, only by providing them with the means for them to benefit from a critical attitude and the knowledge required for achieving maximum personal growth, will we be able to ensure a better future for everyone in relation to these issues.

What mechanisms are there in Seville that the citizenry can use to contribute to the co-construction of their city?

Our governmental action is based on constantly listening to people. It could not be any other way in a city with so many and such a diverse network of vibrant associations.

The decision-making structure itself in the city is pluralistic and participatory. The 11 districts have their own participatory mechanisms operating through the Municipal Councils, in which a movement of associations and their democratically elected representatives participate and where the issues of greatest interest and of the most concern to people are discussed and approved, including the allocation of investments to improving our neighbourhoods. Numerous sectorial citizen councils (women, consumer issues, children and adolescents, etc.) are also operating, and through which the city’s decisions governing social harmony must be channelled.  During this term a platform for voting on proposals and preparing citizen consultations has also been set up.

Along this line, how is the preparation of the 2030 Strategic Plan coming along?

This is an open, invigorated planning process using a participatory-based methodology that has been generating listening, interest and needs detection processes, along with processes for generating agreements and consensus on the main challenges facing the city and how to confront them.  And this is how it must be, given that this document will mark the path toward our becoming the city that we want to be, setting ambitious goals, keeping the Sevillians of today in mind but also, and especially, the future generations that will inherit the city that we can build together. That is why so much weight in the strategy is given not only to the productive economic sectors or the city’s intelligent specialization in order to be able to compete from the best vantage point possible in the world market, but also to those social and human pillars, keyed to equality, that will also make us a society based on values and social harmony.

Your city has recently made a major investment in training and employment plans for underprivileged neighbourhoods. What does the Integrate Plan (Plan Integra) comprise?

For our city council the generation of job opportunities is an indisputable priority. That is why we decided to tackle this challenge on different fronts. One of these is our own innovative programme we call ‘Integrate’, which, in its first year, managed to surpass expectations and the minimum targets that we set for job-findings and the scope of the projects.

In this second year we have begun with higher targets that we expect to achieve in collaboration with all the entities involved. These projects are fundamental for many of the long-term jobless, who are a priority for this council, which is indeed willing to act to promote employment and social innovation policies.

The target population of these programmes comprises jobless individuals registered as residents in Seville who are active job-seekers and who, due to various economic, social and personal circumstances, are socially very vulnerable, to wit: young people under 30, people over 45, the long-term jobless, the disabled, persons subject to physical or psychological abuse, immigrants and people in the process of rehabilitation or social reintegration. This is a jobs programme in which we have placed many hopes and which is positive in many facets of the prism: it is participatory, collaborative and stands out in terms of results.

During your mandate the international positioning of Seville has been one of your goals. Today the city has hit record-breaking tourist numbers. How are you working to make Seville a harmonious blend of residents and visitors? And how can you achieve sustainable tourism?

During our term in office we want to bolster the solid reputation that Seville has always had in the world. To regain this geostrategic prominence as the capital of Southern Europe, gateway to America and the natural frontier with North Africa.  Our strengths vis-à-vis our positioning lie in being the tourist powerhouse we are today in terms of the spectacular growth figures and which our citizens have been bearing quite naturally, with the city managing and responding to the logical drawbacks that tourism can generate. However, in Seville such exclusive phenomena, such as tourist phobia, have not occurred as has been the case in other cities. In positioning our city of special importance over the last few years has been the large number of major conventions that the city has been able to attract.  This is due to its excellent facilities and transport communications, but evidently also to the fact that our city is who we are, welcoming and friendly. Of special note are those sectors, such as the tourist industry itself, or flight routes and connections, amongst others.

Success is not about making tourism sustainable on its own; our idea is to jointly build a sustainable city in which tourism forms one more (important) part. In all this we must measure our talents and skills and combine them with the day-to-day functioning of the city, as we have been doing without having even come close to creating problems of saturation and collapse that are being experienced in other cities and from whose experience there is a lot to learn. 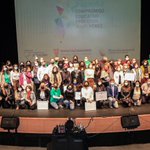 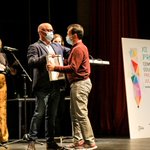 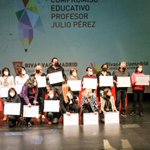 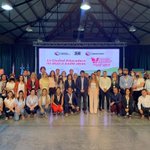 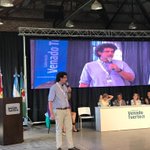 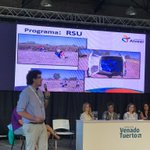 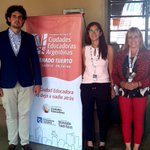