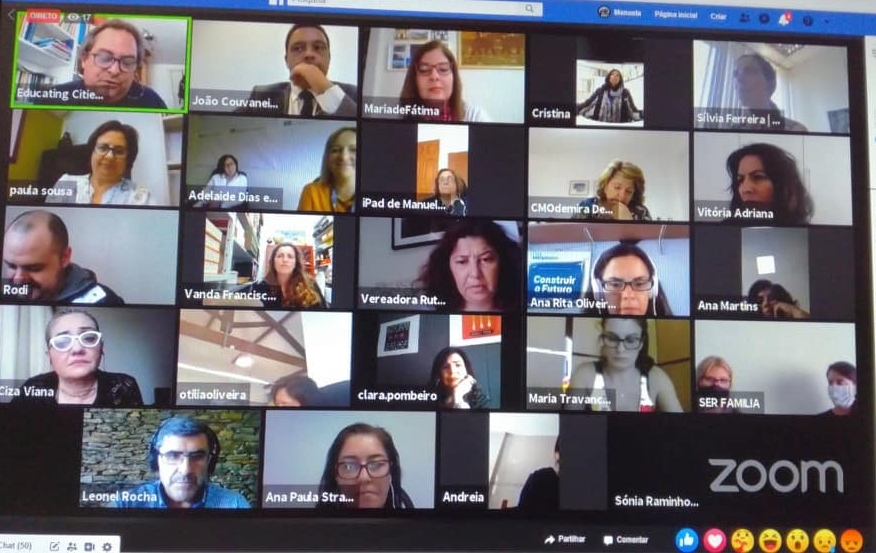 The Portuguese Network of Educating Cities organised a meeting of mayors from Portugal and Brazil on 26 June. The goal was to share problems and solutions to face the Covid-19 pandemics and its impact on educating policies.

Five cities presented how they have adapted to the new scenario, the solutions they have implemented and their role as educating agents. Speakers discussed various examples on the impact of the crisis on educating and cultural policies, the situation of homeless citizens, and other issues such as housing or economic activity, always considering the educating cities focus on people, equality, solidarity and building relationships and networks.

Most participants agreed that it’s very important to have networks in the territory that enable effective responses.

Around 50 Brazilian and Portuguese cities participated in the event and suggested organised similar meetings in the future to discuss other relevant topics.