Mayors of Avilés (Spain), Cañada de Gómez (Argentina), Playa del Carmen (México), Salvatierra (México) met to discuss how they face the impact of the health crisis caused by the pandemic and to share lessons learned and challenges.

All of them highlighted the importance of education and preventive action to build responsible citizenship. They expressed their concern for the psychological effects of the crisis and economic recovery. They stressed the importance of strengthening trade and local industry as part of the solution.

Mariví Moteserín, Mayor of Avilés, declared that the crisis is opportunity accelerate changes that were in the background and that now local governments and society can fully tackle. She also presented the 50 measures undertaken by her local government to reactivate the local economy.

Stela Maris Clérici, Mayor of Cañada de Gómez, explained that the city’s experience in co-management has been very helpful in implementing solutions. In Cañada, 20% of the local funds are allocated according a participatory process. She explained that the municipality has signed protocols and underwent other actions to support local trade, create synergies with the productive fabric and volunteers. The city has paid close attention to the evolution of domestic violence.

Karla Alejandrina Lanuza, Mayor of Salvatierra, said that COVID-19 has had a large impact on the local economy, being a very touristic destination. Festivals and other cultural activities have been affected as well. The city has made efforts to raise awareness on the importance of using masks and keeping social distancing (+60 printed and multimedia resources), given the resistance of part of the population.

Laura Esther Beristain, Mayor of Playa del Carmen, also a very touristic city, explained that the municipality changed from having one of the lowest unemployment rates in the country (2.4%) to losing over 70.000 jobs due to the closing down of hotels. Urgent solutions have been put in place to cover basic needs of the population and also help families travel to other states with their families. An interdisciplinary working group has been set up, and resources have been re-directed from culture to health services. This helped avoid collapse. Right now 50.000 jobs have been recovered, but the situation is not yet resolved. The city elaborated protocols with recommendations and is working hard to educate citizens to take care of themselves, but around 20-30% of the population is still not fully cooperating.

The dialogue was moderated by Ms. Laura Villanueva, member of the León Guanajuato Secretary, the coordinating city of the Mexican Network of Educating Cities. 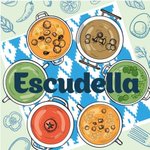 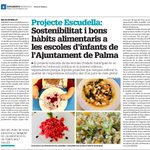 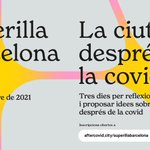