<< Award on Good Practices on Civic Education through Participation

The Jury for the 2nd edition of the Educating Cities’ Award on good practices on Civic Education through Participation was composed by two experts from the academia, three member cities of the Executive Committee (Changwon, Lisbon, Torino) and a representative of United Cities and Local Governments (UCLG). 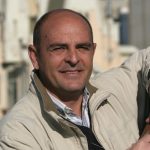 Graduate in Economics and doctor in Political Science and Administration by the Autonomous Universiy of Barcelona. Research in the fields of democratic innovation and upgrades in public policies. Visiting fellowship at the Universities of Cambridge and Oxford. General Director of Citizen Participation in the Catalonia autonomic government between 2004 and 2008. Director of the Institute of Governance and Public Policies (IGOP) in 2009-2014. President of the Spanish Association of Political Science between 2015 and 2017. Currently, Professor of Political Science at the University of GIrona.

“Dialogue is, without a doubt, the most powerful educational tool to generate citizenship and build community” 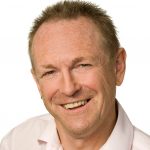 His research focuses on co-production and the co-creation of value in public service delivery; public service design; innovation in public services and public services reform; the third sector and health and social care integration. He is the founding and current editor of the journal Public Management Review.He was the founding president of the International Research Society for Public Management.  He has received two awards for outstanding contribution to his discipline and also an Honorary Doctorate and Chair from Corvinus University in Budapest. He was made an Honorary Fellow of CIPFA (Japan) in 2016 and is a Fellow of the UK Academy of Social Sciences.

‘Citizen engagement and participation are an essential part of any citizen wanting to develop a meaningful sustainable strategy for its future – this award highlights best practice from around the world.’ 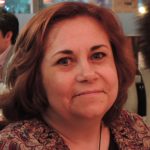 Graduate in Public Administration, works in the office Lisbon, Educating City, created in 2008 in the City Council of Lisbon. Currently represents the Portuguese Network of Educating Cities at the Executive Committee at a technical level and coordinates this network. Previously, she worked at the Department of Education and Youth of the Lisbon City Council, in the area of planning and educating city.

“A sense of belonging to a city is being able to enjoy and participate in all the aspects of its life. It is also knowing that local governments strive to develop public policies that reinforce this feeling of belonging in citizens”. 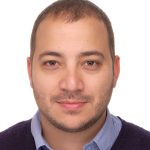 “Nodoby educates anyone, nobody educates himself. People educate each other with the mediation of the world” (Paulo Freire) 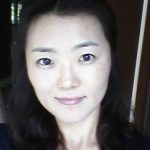 She has been working as a public officer at Changwon City Hall since 2004 and has worked in various departments including Environmental Policy, Economic Policy and Education. She holds a Master’s Degree on International Relations & Human Rights from the University of Auckland and a Bachelor’s Degree on Child Development & Family Studies

“Local governments are the catalysts for civic education during the whole lifetime of the people within the city.” 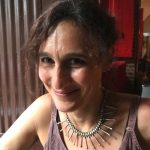 Giovanna Garrone has joined the Local Administration of Torino City in July 2016 as Advisor to the Deputy Mayor for Education Federica Patti. Giovanna Garrone holds a degree in Political Sciences and a PhD in European Economic Studies, but also a long-term passionate interest in the field of education, testified among other things by her 5 year active participation in a grassroot group advocating for good quality, inclusive and secular public education.

In the Education Department of the City of Torino she works in particular on: educational guidance programmes, actions against early school leaving, integration of minorities and pupils with disabilities, participative tools in monitoring school canteens, projects regarding interculturality, and countering discrimination and hate speech.

“Citizens’ participation in detecting needs and in developing projects not only brings to beter collective decisions but also fosters individual responsibility, strengthens the sense of belonging to a community and creates social bonds”