Gandía is a city of 80,000 inhabitants in the Region of Valencia (Spain), and Capital of La Safor County. The main basis of the local economy is trade and services. It is also a major tourist destination for sunseekers, and, accordingly, in the summer the city’s population trebles to 320,000 inhabitants. By age groups, people over 50 make up 32% of the population.

In a society that is constantly changing, lifelong learning has become a necessity in order to be able to participate actively in the world around us. The Universitat dels Majors (the Seniors University) is an initiative addressed to persons over 55 years who are still interested in learning. It began in 2007 and its goal is to contribute to active ageing, thus allowing this segment of the population to continue developing as individuals and improve their quality of life while fostering their social participation.

The studies focus on a Humanities and Social Sciences path which is structured into two stages: an introduction stage lasting three years and a two-year specialization period. Given that program is not aimed at the professional training of the participants, an atmosphere of thought is prioritized. At the same time, obtaining the Seniors University Diploma is based on attendance and participation in the different courses.

The Seniors University is, therefore, a privileged space for this segment of the population which can learn about subjects such as Geography, Health, History, Art, Psychology, Economics, Literature, Philosophy, Law, Sociology and Music, and gain wider knowledge in a specific area through the preparation of, or participation in, a research project or intervention on the territory.

The experience has been very positive not only for the elderly and the University, which is now a meeting place for different generations, but also for society in general by having more educated and involved citizens. Moreover, the success of the initiative and the need to satisfy the expectations of a growing demand for lifelong learning has led to an increase in the number of subjects offered. 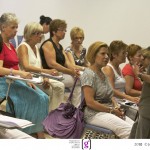 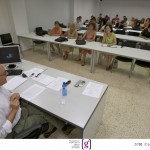 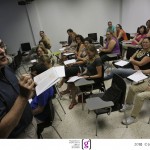 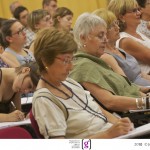 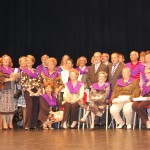 The municipal policies of an educational character shall always be understood as referring to a broader context inspired by the principles of social justice, democratic community spirit, quality of life and the edification of the individual citizen.