Local governance and civil society: the experience of the city of Dakar

In keeping with the Senegalese government’s decentralization policy, the political authorities in the capital city of Dakar addressed the issue of citizen involvement in city management decisions.

In order to set the foundations for this new relationship, Dakar City Hall specialists met in late 2002 with representatives from civic associations for several day-long work sessions culminating in The Civic Action and Citizenship Agreement.

The main point of this agreement stressed the need to work together in a transparent manner on a shared project agreed upon by all of the citizens with the final aim of achieving harmonious, stable and sustainable city development.

In this newly defined relationship, importance was placed on the role played by two important pillars of the community association movement in Dakar: the Collective of Committees for Local Development (CCDL) and the Union of Movements and Associations for Development (EMAD). Both organizations serve as frameworks for reflection, coordination and action at the neighborhood level with representatives from community-based institutions and organizations.

The mobilization and significant participation of local actors in community projects has given life to numerous citizen initiatives and projects.

Examples of these are the preventive health campaigns against diseases such as malaria and the AIDS virus. In this regard, the CCDL and EMAD, in coordination with City Hall departments and neighborhood associations, have organized numerous forums, concerts, conferences and caravans to inform citizens of the different methods for the prevention of those diseases.

Likewise, they carry out community mediation actions to resolve conflicts within the community and to encourage citizens’ participation in local management issues.

The Civic Action and Citizenship Agreement is a fundamental element in legitimizing municipal action and encourages growing understanding of the roles and functions of social players. The active citizen participation in the consensus of this agreement is an indication of the extent to which the city needs the involvement of each and every one of its citizens. 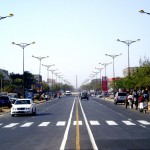 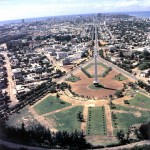 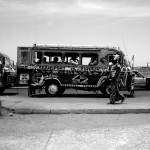 The city will encourage the formation of associations as a form of participation and civic co-responsibility, in order to channel action that provides service to the community and to obtain and divulge information, material and ideas in order to promote the social, moral and cultural development of the individual.