Education and training of municipal workers: The city of Lisbon

Located at the estuary of the Tagus River, Lisbon is the capital of Portugal. It has 550,000 inhabitants, while its greater metropolitan area has a population of almost 3 million, one third of the country’s population. It has an ageing population; 25% of the population is over 64, while the Portuguese average for this age group is 17%. The Lisbon region is the wealthiest in Portugal, and its economy is based on services and industry.

The City Council of Lisbon, concerned for the academic training of its 10,000 workers – around 50% had not completed the 9 years of compulsory education –, began a project in 2002 entitled “Adult Education and Training (EFA, original acronym)” basically in order to enhance the qualifications of its employees. The project sought, moreover, to foster a greater equivalence between qualifications received and the skills acquired during one’s life, and to strengthen personal skills in the use of information and communication technologies, as well as increase the motivation of workers and the quality of the services offered to citizens.

The Training Service of the City Council of Lisbon started up this initiative initially for its workers and afterwards opened to all citizens, after having prepared a study of the non-formal educational offerings available nationally, under the auspices of a New Opportunities Centre (CNO, original acronym). The CNO team makes the diagnosis and monitors all the persons registered, offering them the best technical/pedagogical counselling so that each candidate can achieve their personal, professional and training-related goals.

The priority target public of Lisbon City Council’s CNO is made up of municipal workers in different job categories such as city gardeners, cleaning personnel, clerks, fire-fighters, local police, etc.

A team of professionals informs, guides and leads each person towards the itinerary best-suited to their profile. There are three possible itineraries:

1.- Direct Access to the Recognition, Validation and Skills Certification Process (PRVCC) in order to access to primary or secondary level certification.
2.- Short-term training in specific areas, before or during the PRVCC, in which the candidate has shown difficulties in the diagnosis phase, in order to facilitate their acquisition of key skills.
3.- Access to other educational and training programmes, such as adult education and second-chance schools, technological specialisation courses, etc.

The PRVCC consists of a series of collective and individual sessions that seek to facilitate self-discovery, thought and the creation of an autobiographical narrative. Through this narrative, the goal is for each candidate to prepare their own Learning and Reflection Portfolio where he can describe and illustrate their skills and the learning he has acquired during their lifetime, based on key skills.

The success of this project is reflected in the fact that more than 2,700 workers have registered and that 1,000 diplomas have been given out. 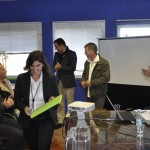 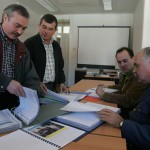 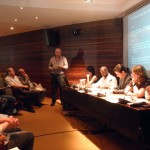 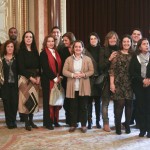 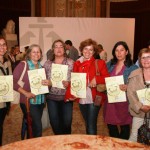 Charter of Educating Cities: principle one

All the inhabitants of a city have the right to enjoy, in liberty and equality, the means and opportunities for education, leisure and individual growth that the city offers. […] The educating city constantly recommits to the lifelong education of its inhabitants in the most varied ways. And to make this possible, all groups, with their own particular needs, must be taken into account.