Democratization of sport: the city of Praia

Located to the south of the Island of Santiago, Praia is the capital of Cape Verde. In the last decade the city has undergone major demographic growth. With 140,000 inhabitants, it has 27% of the country’s population and is the most densely populated city. It has a very young population; more than half the country is under 25 years old, and the households where the women are the bread-winners represent 43.6% of the total. The tertiary sector is dominant in the economy; the unemployment rate is around 23%, reaching 57% amongst young people from 15 to 24 years old.

There was a great interest in the city to do sport, but on many occasions the existing facilities did not meet the minimal conditions necessary. In the face of this situation and in order to reduce the rate of urban violence, the City Council of Praia decided, through the project called “Sport for All”, to invest in the refurbishing of existing facilities and to build new ones, as well as to create sport initiation schools, which would allow for the democratization of access to sport and offer alternative recreation to young people, as well as fostering sport practice among women.

Included in the new facilities and services for the city we find: the refurbishment of 6 sports centres, the construction of 9 others and the creation of 10 street-basketball courts, 17 fitness parks, 3 football fields, and another 3 7-man-football fields. To build these facilities local neighborhood young people were hired; the idea here was to give them a chance to work and encourage them to take care of the facilities once construction was completed.

Moreover, in order to make the citizenry feel that the facilities are theirs, the latter are managed though neighborhood committees, whose members are involved in local development associations and are elected by the community. One of the criteria of the committees is that they all have a woman in charge of encouraging and stimulating women’s sport, as well as a member of the city council who can ensure the link between local government and civil society.

The committees are responsible for planning schedules as well as the different sports and cultural activities that take place at the facilities: sports tournaments, musical competitions, lectures, etc., and seek sponsorship for their organization from companies, as well as local and government institutions.

“Sport for All” is, without a doubt, a city project through which, in addition to improving infrastructures, we can encourage the positive values of sport, harmonious coexistence in the neighborhoods, and the health of the entire population through these new spaces managed by the citizenry. 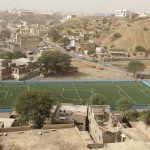 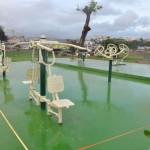 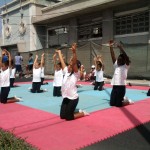 The municipal administration must equip the city with spaces, facilities and public services that are suitable for the personal, social, moral and cultural development of all its inhabitants, paying special attention to children and youth.