Paysandú is one of the major cities in Uruguay, with a population of around 100,000 inhabitants. It is the capital of the Department of the same name, and is an industrial and commercial centre in the region. It is located on the eastern shore of the Uruguay River. The city is connected to Argentina by the General Artigas Bridge, and receives a continuous influx of tourists from all of Latin America. It is a city that is characterized by the diversity of cultures that make it up and which contribute great wealth to the culture of the Department.

In order to spread the cultural offerings of the city, the City Council of Paysandú, through the Culture Division, set up an initiative in 2010 called “Cultura eN PLAZA” (Culture in the Square), in collaboration with different cultural institutions and actors in the city, such as the House of Culture, the Community Centres, the museums, libraries and different cultural groups.

The initiative consists in taking to the public squares different cultural manifestations through interactive exhibitions, in order to stir the interest of citizens of all ages, incentivize their participation and have them appreciate the work of the cultural agents and institutions.

Thus, for one or two days there are workshops in painting, drawing, ceramics, graffiti, and artistic make-up; chess games are organised, along with plays, dance classes and performances of different Latin American rhythms and different cultural origin groups, amongst other activities. There are also performances by the Music School and different local groups that reflect the diversity of styles in the Department, as well as exhibitions where neighbourhoods exhibit their crafts. All these activities take place simultaneously, giving continuity and movement to the square.

The first time this initiative was put on it was made to coincide with National Candombe Day, a traditional cultural expression that is very rooted in Uruguay, whose origin goes back to the arrival of African slaves, and has been recognized by the UNESCO as an Intangible Cultural Heritage of Humanity. Activities ended with a large parade through the entire city to the sound of drums, which was joined by musical and local cultural groups, attracting the attention of the citizenry.

The large turnout and the positive feedback of “Culture in the Square” led the city council to decide to continue the project and expand it to the different neighbourhoods in the city and inside the Department, holding it twice per month.

The project has also fostered access to culture by the population in the most underprivileged neighbourhoods where the Community Centres play a crucial role; these centres offer educational and cultural opportunities that can facilitate social and cultural integration as well as job-finding for the participants.

The results of the project include, of special note, the involvement of cultural actors and the citizenry as it shows the fact that activities of cultural institutions and the number of participants have doubled. Moreover, working in groups and by neighbourhood has reinforced identity and a feeling of belonging to the city, in a decisive action of the city council to conserve and publicise the culture and belonging to Paysandú. It is through the recognition of this rich cultural history that Paysandú is moving towards a better future. 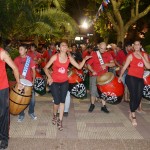 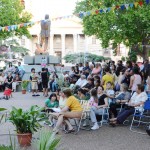 The city will promote education in diversity as well as understanding, international solidarity and cooperation and world peace. This is an education that fights against any form of discrimination. […] It will also avail itself of both avant-garde initiatives and those of popular culture, no matter what their origin. It will contribute to correcting inequalities that arise from cultural production based solely on mercantile criteria.