The Jury for the 1st edition of the Educating Cities’ Award on good practices of Living Together in our cities was made up of the member cities of Rosario (Jury President), Granollers and Tampere. The Jury also had the aid of two experts from the academic world and a representative of United Cities and Local Governments (UCLG).

Graduate in Geography and Modern History from the Autonomous University of Barcelona. She has been the Director of International Relations of the City Council of Barcelona and the General Secretary of the Pyrenees-Mediterranean Euroregion. She is now the coordinator of the Forum of Regions of UCLG.

“Coexisting is living together by creating spaces of confluence and shared interests in the spirit of diversity that can guarantee equality for all citizens.” 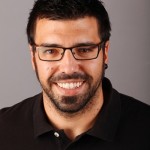 Graduate in Sociology and Master’s in Marketing and Communication Management. City Councillor for Education and Childhood of the City Council of Granollers since June 2015; a post he combines with his corporate communications company, founded in 2007.

“When I think about living together, I imagine citizens who are committed, cooperative and possessing the spirit of solidarity with the people around them in order to make a more cohesive, just and egalitarian society possible.” 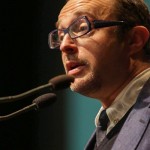 Graduate in Architecture and Doctor in City, Territorial and Environmental Planning from the University of Florence. He is now senior researcher at the Centre for Social Studies of the University of Coimbra. His main research target is the participatory budget. He collaborates with local government organisations such as UCLG, the Association of Portuguese Municipalities and the Community of Portuguese-speaking Countries (CPLP). 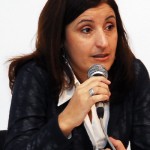 “The great challenge facing our societies is finding new and better paths to better living together. If we learn together, our cities will have a future. For local governments it is a priority to take on the leading active role in the development of public policies for living together.” 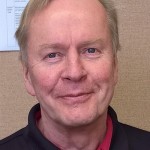 I am the purchasing manager for the areas of education, competition and economic development of the City Council of Tampere.

”Living together is the most important social learning that our cities have. We must bear it in mind in all the activities we carry out; especially in the all educative activities we organize.” 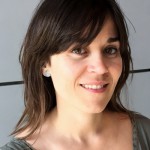 Doctor in Political Science and specialist in education and immigration policy. She is a member of the Institute of Government and Public Policy (Autonomous University of Barcelona) and the Institut of Childhood of Barcelona.

“Living together at one and the same time the purpose and instrument in the fight against segregation and social exclusion as well as the fight for an effective equality of opportunities.”