Check out the interview with Mayor of Mexico City, posted in the IAEC Bulletin 29!

The current government programme uses the slogan “City of innovation and rights”. Why is this?

Innovating means that creativity and knowledge can be combined. In that sense, we foster the use of advances in knowledge, technology, arts, etc., within the city to improve the quality of life of citizens. What’s more, innovation also means the recognition of the historical wealth that we have inherited. We want to innovate in the environmental and social field, dealing with problems through the use of creative solutions.

Meanwhile, it’s essential to rebuild a social culture that fosters respect for the rights of each and every one of the individuals living in the city. This underlines the importance of the dignity that we deserve as human beings and citizens, and which guarantees the best possible living conditions, as well as opportunities for personal and social development. Therefore, we’re working to ensure the right to education for everybody, access to quality public services, decent housing, mobility, freedom of expression and key welfare indicators for all individuals. We’re striving to guarantee the right of children and teenagers, people with disabilities, senior citizens, indigenous peoples and communities, women and the LGBTQIA community.

As the elected mayor of Mexico City, gender equality policies have an important weighting in your government strategy. How are you going to reduce these inequalities found in society and in the government? 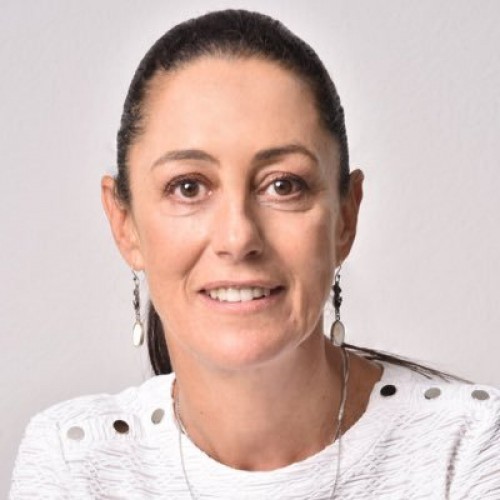 Being the first woman elected to the Mexico City government is a commitment to the defence of women’s human rights, the fight against misogyny and all forms of gender violence, and the creation of an inclusive city. This is essential to reduce inequalities and provide development opportunities for everyone.  Given the significant increase in femicide and violence against women, we urgently need to work on a culture of risk prevention, as well as promoting the right to justice and to full human rights for women.

Mexico City is at the forefront of the promotion of women’s rights and the recognition of diverse families. We will also continue working hard on the eradication of gender violence, justice in the event of femicides, educational programmes for the prevention of teenage pregnancy, and the financial independence and empowerment of women in today’s society.

One of the most recent measures introduced with this approach was the ‘Neutral Uniform’ project in primary schools in order to promote equality between boys and girls and spread a gender-focused culture across society.

That’s why we hope to overhaul the current Women’s Secretariat to give greater status and scope to its actions, along with more facilities for access to resources and operational capacity. What’s more, the make-up of the government cabinet itself is a clear sign that there’s a firm conviction to working towards an equality-based society.

You have raised the need to build a new relationship with citizens and government that engages inhabitants. How is this open and participatory government materialising?

A democratic government must include channels of communication and citizen participation in decision-making processes that have an impact on their living conditions. Public hearings are an example of this, forming a space permanently open to citizens, in which the mayor welcomes, listens to and personally supports the demands and requests of citizens.

In parallel, strategies and tools for citizen services have been bolstered, in order to improve the services provided by government agencies and mayor’s offices to the population, in terms of complaints, requests and applications. In this sense, the government of Mexico City, via the Digital Agency of Public Innovation, has created the Unified Citizen Attention System, which will operate 24 hours a day, 365 days a year, and allow citizens to follow up their requests and applications.

The use and enjoyment of public spaces by citizens is an indicator of the perception of security in the city. What lines of action are you implementing to reduce insecurity and give the streets back to the people?

The Patrol Programme is a strategy to fight crime and foster closer proximity between citizens and the security forces. It was instrumented to create more effective police responses, as well as a more effective control of the police forces, with a view to improving security for everyone living in or visiting the country’s capital city. What’s more, the ‘Yes to weapon surrender, yes to peace’ strategy sets out to reduce the high rates of violence by raising public awareness about the risks of carrying weapons. We’ve also implemented series of transformations in the Centre for Command, Control, Computing, Communications and Citizen Contact of Mexico City to foster the prevention and control of criminal behaviour. That said, it’s essential to implement a comprehensive training and professionalisation strategy for the security forces that gives them more appropriate and sensitised security elements in the care and protection of citizens, as well as for a more effective fight against crime.

Public policies educate citizens. Which values do you want to convey through the actions of your government?

Values are positive characteristics of great importance that help us to be better individually and socially.  Priority action plans have been set up in Mexico City, such as a) equal rights; b) the sustainable city; c) zero aggression and more security; d) more and better transport options; e) the idea of the cultural capital of Latin America; and f) innovation and transparency. We intend to materialise these plans in government actions to convey a culture of values that are key for harmonious social coexistence. Without values as a reference for how we act individually and towards others, human relationships are weakened due to not harbouring common criteria for life in society. This is based on the principle of fostering and guaranteeing respect, justice, tolerance, fairness, honesty and well-being, among others, as essential basic conditions for the healthy and peaceful coexistence of our society. 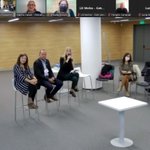 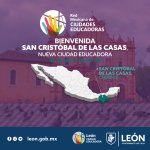