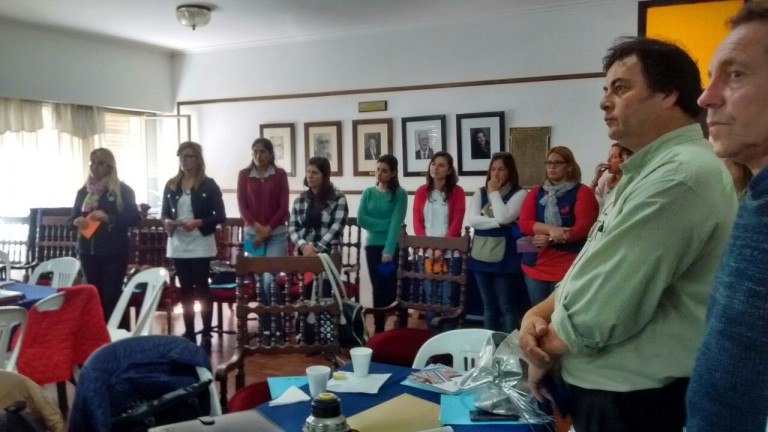 Dialogues for the construction of San Justo Educating City

The city of San Justo (Argentina) hosted last 28 April a session on the Construction of San Justo as Educating City with the aim of contributing to the dissemination and compliance with the principles of the Charter of Educating Cities in the Argentinean city.

The day began with an opening address by the Mayor of San Justo, Mr. Nicolás E. Cuesta, and the presentation of the International Association of Educating Cities and the Principles of the Charter of Educating Cities, by the Director of the IAEC Delegation for Latin America.

Later on, Dr. Silvia Serra (National University of Rosario – UNR) presented the conference “The Right to an Educating City” to an audience composed of city officials of the different areas and departments. After this, a workshop took place in which the participants had the opportunity to delve into the contents of the conference.

The work continued in the afternoon with a conference opened to civil society, a second conceptual workshop and a meeting with representatives of cities nearby.

Further information at the blog of the IAEC Delegation for Latin America.