Coinciding with the General Assembly, all along the 23 and 24 March Granollers has organized a programme of visits to innovative good practices of the city and a set of conferences and dialogues with representatives of local governments and associations and scholars.

Today March 23rd there will be a conference of the former General Director of UNESCO, Mr Federico Mayor Zaragoza on “City and Education”. Furthermore, there will be a dialogue between the Mayor of Granollers, M. Josep Mayoral, and Ms. Emilia Saiz, Deputy General Secretary of United Cities and Local Governments (UCLG) moderated by Mr Jordi Collet, Professor of Sociology (University of Vic).

The General Assembly Meeting will take place on March 24 at the Theatre Auditorium of Granollers located at Carrer de Torras i Bages, 50, 08401 Granollers, at 02:45 PM, first call, and 03:00 PM, second call.

All participants, which are not officially appointed as official delegates before the Association, must be accredited by means of Delegation Form A. Cities unable to participate at the meeting may vote by proxy by delegating their vote to another member city by filling in the Delegation Form B and informing the said city.

The Assembly will open with a Dialogue on The Right to the City between Ms Sylvie Ducatteau, in representation of the conurbation of Plaine Commune which has the Vice-presidency of the Commission on Social Inclusion, Participative Democratie and Human Rights of United Cities and Local Governments (UCLG) and, Mr Xavier Bonal, Professor of Sociology of the Autonomous University of Barcelona.

After the General Assembly, there will be a second dialogue among the Mayor of Granollers, M. Josep Mayoral and the Mayor of Badalona, Ms Dolors Sabater, on Public Space, Participation and Access to Culture.

The presentation will start very soon!
👉Last minutes to register here to participate: https://t.co/gzlzIonT9z
👉You can also watch it via Youtube Live: https://t.co/CFSpoMjgKu 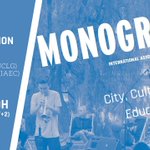