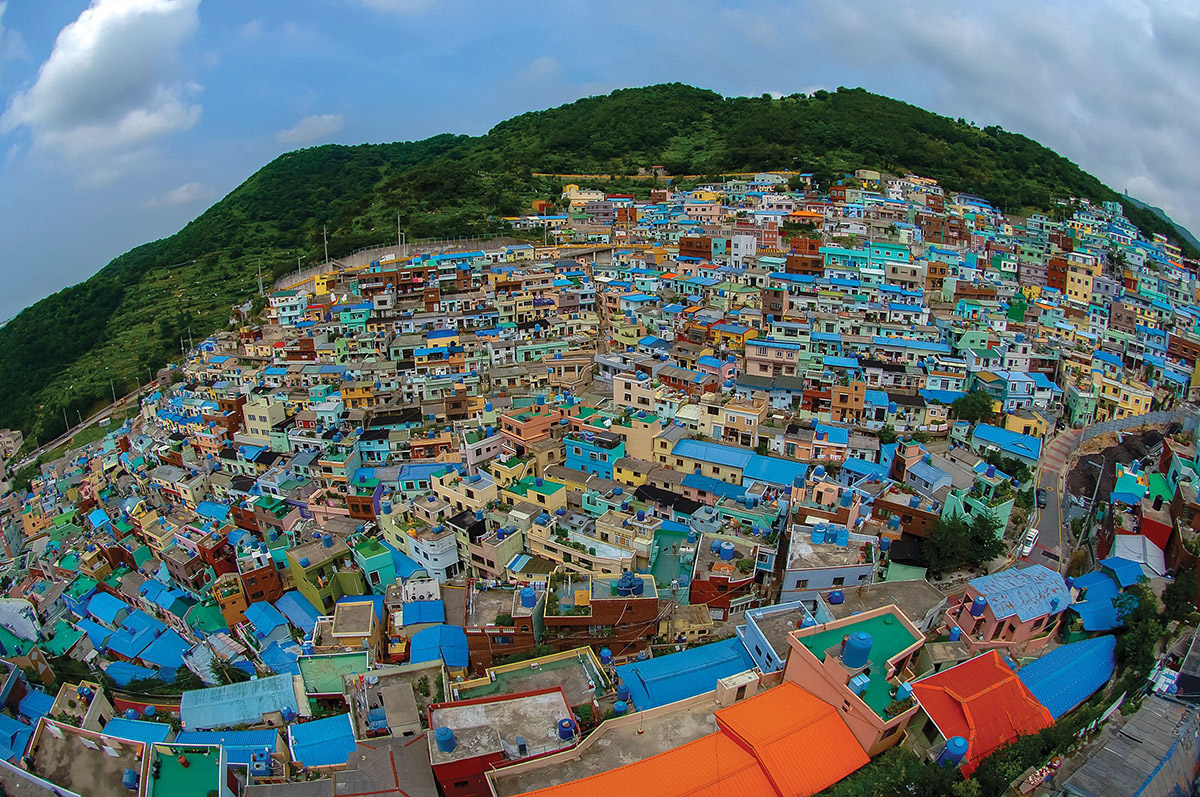 The Study visit will began the afternoon of November 29th with an Introduction of the Gamcheon Cultural Village. The works will continue on November 30th with a welcome ceremony presided by the Mayor of Saha-gu, Mr. Kyung-Hoon Lee, the reading of the Manifesto of Mayors of the Educating Cities on occasion of the International Day of the Educating City, and a Ceremony of Opening of an Exhibition Booth in the Gamcheon village.

Later on, the Mayor of Saha-gu will give a presentation on city renovation continued by a visit on-the-ground to the Gamcheon Cultural Village where the participations will be able to know first-hand the main civic agents of the Gamcheon Village.

Last but not least, there will be a Critical Peer Review of the Visit so as the participants can exchange about they have seen and can learn actively the aspects of the good practice.

About the Gamcheon Cultural Village:

The history of the Gamcheon Village, located on a city slope, goes back to the 1950s when thousands of refugees from the Korean War from all over the country began living there, making it a large area of hurriedly built houses piled on top of each other on the hillside. Its streets form a labyrinth and the pastel colors of its houses give the village a picturesque look.

This is an aging population, made up 24% of people over 65. Many of the houses were abandoned, which together with the lack of basic infrastructure (running water, sewer system, etc.), gave it a rundown look, in danger of disappearing over the time.

The project of renovation of the Gamcheon Village with the participation of citizenship was one of the 3 awarded good practices of the 1st edition of the Educating Cities’ Award which was given during the 14th IAEC Congress (June 2016).