Promoting health: the city of Sorocaba

Sorocaba is a Brazilian city with approximately 600,000 inhabitants. It is located in the hinterland of the State of Sao Paulo. Its economy is based on industry, trade and services. It is amongst the Brazilian cities with the greatest economic potential.

The City Council of Sorocaba, in order to improve the quality of life and promote the health of its population, integrated the principles of Healthy and Educating Cities in its strategic government plan, involving different departments and establishing citizen participation as a framework for action.

Amongst the many actions there was included a proposal for urban transformation, using the Sorocaba River, which runs through the entire city, as the structural axis, along with the revitalisation of public spaces through different activities that foster healthy lifestyles.

Work began with decontamination and recuperation of the banks of the river where observation areas, walking paths and bicycle lanes were built. The goal now is to connect the different neighbourhoods of the city to a length-wise park with 100 kms of bicycle lanes. Parks have also been built in degraded areas, giving the city new recreational and meeting spaces.

The actions taken include:

All these actions are accompanied by information and awareness campaigns on the importance of adopting healthy habits and on the need to involve the citizenry in the care of their urban and natural environment.

The results of the health promotion policies are beginning to be seen in Sorocaba. Thus, for example, according to information published by the Brazilian Ministry of Health, hospital admissions caused by serious heart attacks have been reduced by 15%, and by 70% for patients with diabetes, illnesses whose risk factors include sedentary lifestyles. 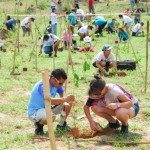 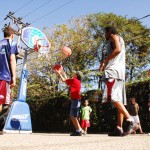 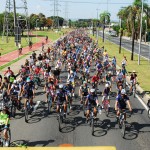 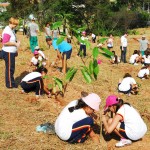 City planning must consider the enormous impact of the urban environment on the development of all individuals […] The organisation of the city’s physical urban space shall meet the requirements of accessibility, encounter, relations, play and leisure as well as a greater closeness to nature.