Icts and social cohesion: the city of Tampere

Tampere, located between the Näsijärvi and Pyhäjärvi lakes, became an important industrial center in Northern Europe during the mid-19th century, the so-called Manchester of Finland. Today the city is still one of the driving forces of the Finnish economy, thanks to the active role played by its IT industry and university research.

Within this framework, the Tampere City Council is aware of the importance of guaranteeing the city’s entire population access to the Information Society. To accomplish this, the local administration has opted to develop programs using new technologies to promote social cohesion; projects that go beyond the formal educational system.

In keeping with this political approach, the Tampere City Library organizes free training programs in new technologies, open to everyone in the city and particularly targeted to the elderly, immigrants and the unemployed.

Thus, the library offers an ongoing training service on Internet basics—two Netsquares– to anyone who requests it. In addition, it has created an itinerant version of the same, called Internet bus. It provides the same service on wheels and makes it possible to learn in places where there are no fixed ICT classes.

The broad outreach of these programs not only encourages individual learning of these new technologies, but also strengthens connections among people. The teachers play a fundamental role in sparking interest in the new forms that the information society is constantly taking.

Learning to use a computer is a slow and sometimes difficult process for some people. That difficulty underscores the importance of gentle teaching methods and teamwork that is encouraged by the libraries.

The positive response to this program has led to activities aimed at individuals who have mastered the basic skills. Thus, groups of people with shared interests can develop their own projects in cooperation with the city’s cultural institutions. Two examples of this are the “Astronomy for All” project, developed in conjunction with the local astronomy society, and the “Digital Story Workshop”.

The new technologies that can be seen as factors leading to social fragmentation can become, in the hands of the local administrations, one of the elements that most strengthens social cohesion among citizens. 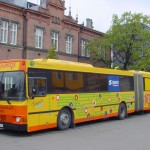 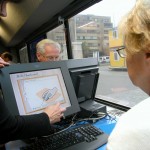 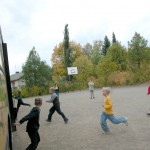 The municipality must guarantee sufficient, comprehensible information and give incentives to its inhabitants to inform themselves of what is going on. […] At the same time, the city shall establish programs for training in information and communications technology for all ages and social groups in order to fight against new forms of exclusion.